You can find us here 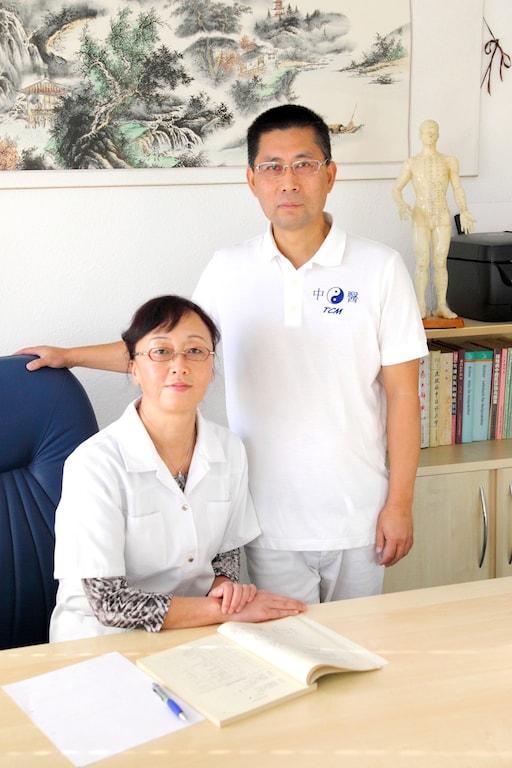 Mr. Li Xu, an alternative medicine practitioner, also studied Traditional Chinese Medicine at Shanghai TCM University from 1981 to 1985. He returned to his hometown Kunming after his studies and got a job as a lecturer of Chinese Herbal Medicine at the Yunnan University of TCM.

In October 1997, the two alternative practitioners came to Bad Füssing and worked in the department “German Center for Traditional Chinese Medicine” of the Rehaklinik Johannesbad AG until March 2002, before they opened their own practice for TCM in the spa town of Bad Füssing in May 2002.

Since April 2016, they have been running their own private practice Acupuncture Center Huaxia at Südallee 33 in Trier.

Due to their extensive experience in both Western and Chinese culture, they have succeeded in creating a symbiosis of Chinese and European ways of life. Their aim is to respond to the personal needs of the patients and thus to help them to heal themselves.

This website uses cookies to improve your experience while you navigate through the website. Out of these cookies, the cookies that are categorized as necessary are stored on your browser as they are essential for the working of basic functionalities of the website. We also use third-party cookies that help us analyze and understand how you use this website. These cookies will be stored in your browser only with your consent. You also have the option to opt-out of these cookies. But opting out of some of these cookies may have an effect on your browsing experience.
Necessary Always Enabled
Necessary cookies are absolutely essential for the website to function properly. This category only includes cookies that ensures basic functionalities and security features of the website. These cookies do not store any personal information.
Non-necessary
Any cookies that may not be particularly necessary for the website to function and is used specifically to collect user personal data via analytics, ads, other embedded contents are termed as non-necessary cookies. It is mandatory to procure user consent prior to running these cookies on your website.
SAVE & ACCEPT
Sofern Sie Ihre Datenschutzeinstellungen ändern möchten z.B. Erteilung von Einwilligungen, Widerruf bereits erteilter Einwilligungen klicken Sie auf nachfolgenden Button. Settings